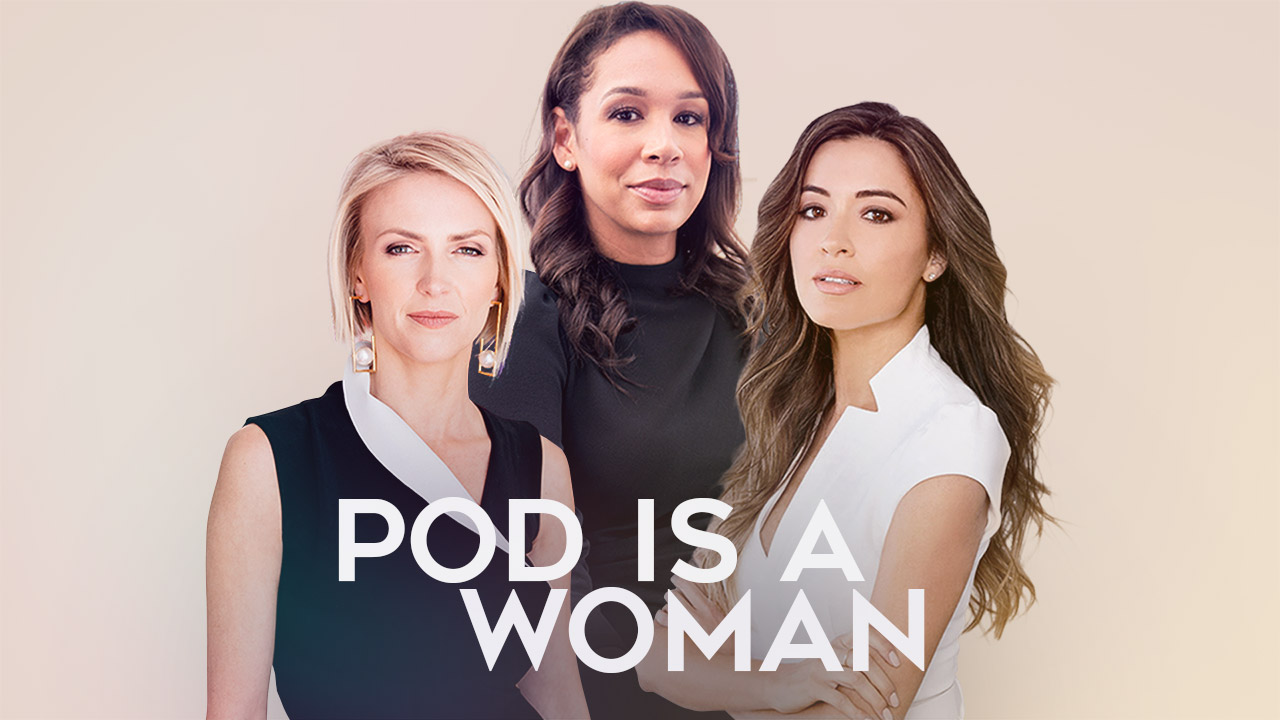 Former Obama White House officials Alejandra Campoverdi, Darienne Page and Johanna Maska Reunite for Raw and Honest Conversations About the Issues, Policies, and News Affecting Americans in 2020 and Beyond

On Pod is a Woman, Campoverdi, Maska and Page will lead an unfiltered weekly conversation about politics and popular culture that is as relatable as it is real, joined by a roster of guests with backgrounds and perspectives as nuanced and eclectic as their own — politicians, organizers, tastemakers, journalists, and more. Looking at the race for 2020 and beyond, Campoverdi, Maska and Page will offer their firsthand insight and analysis, and a woman’s perspective, on the issues and the candidates, America’s leadership around the world, and what this election means for future generations. With dynamic hosts from profoundly different upbringings and paths to politics, Pod is a Woman infuses present day political commentary with voices sorely missing from the public discourse.

Pod is a Woman will launch on August 10, 2020 with special guest Dr. Jill Biden on Apple Podcasts, Spotify, RADIO.COM and everywhere podcasts are available. New episodes will be available on Wednesdays beginning August 19, 2020. Listen to the trailer and subscribe to the series here: https://apple.co/3gCTRpu.

Dr. Biden will join Campoverdi, Maska and Page for an in-depth conversation on the race for the White House, key issues on the minds of voters, and more.

“Throughout our years working in the White House for President Obama, we saw just what was possible when people of all backgrounds come together under a common mission of equality and opportunity. We also experienced firsthand the leadership role women played in getting the job done. This moment will be no different,” said hosts Campoverdi, Page and Maska. “At this pivotal time for our country, we're thrilled to partner with Cadence13 to create space for honest, unapologetic, and representative conversations that will cut through the political noise and bring the focus back to the issues that really matter.”

“Campoverdi, Page and Maska’s powerful and diverse voices couldn’t be more important to bring to the larger political conversation as we enter the home stretch to the 2020 presidential election and look ahead to the next four years,” said Chris Corcoran, Chief Content Officer, Cadence13. “With their singular White House and campaign experiences, they will inform and engage listeners with wit, wisdom, and candor, and we are thrilled to partner with them for this one-of-a-kind show.”

Alejandra Campoverdi is a nationally-recognized women's health advocate who grew up in Los Angeles, CA, where she was raised by an immigrant single mother from Mexico. She went on to study public policy at Harvard University and worked on the Obama campaign in 2008, before serving as White House Deputy Director of Hispanic Media.

Darienne Page was raised in a family with a rich military history, and joined the Army, following her family’s tradition. Her unit was one of the first deployed to Iraq. She served on the Obama campaign, and eventually landed a role as White House ROTUS (Receptionist of the United States) and later Director of Veterans and Military Families Outreach.

Johanna Maska is from Galesburg, IL, a town that lost Maytag, manufacturing, and hope. Raised in a midwestern conservative family, she was drawn to the hope of President Obama, and joined the campaign in Iowa. As White House Director of Press Advance she saw the world, traveling with him to 42 countries.

Download the cover art for Pod is a Woman here: https://we.tl/t-Yq7YE4NWyD.