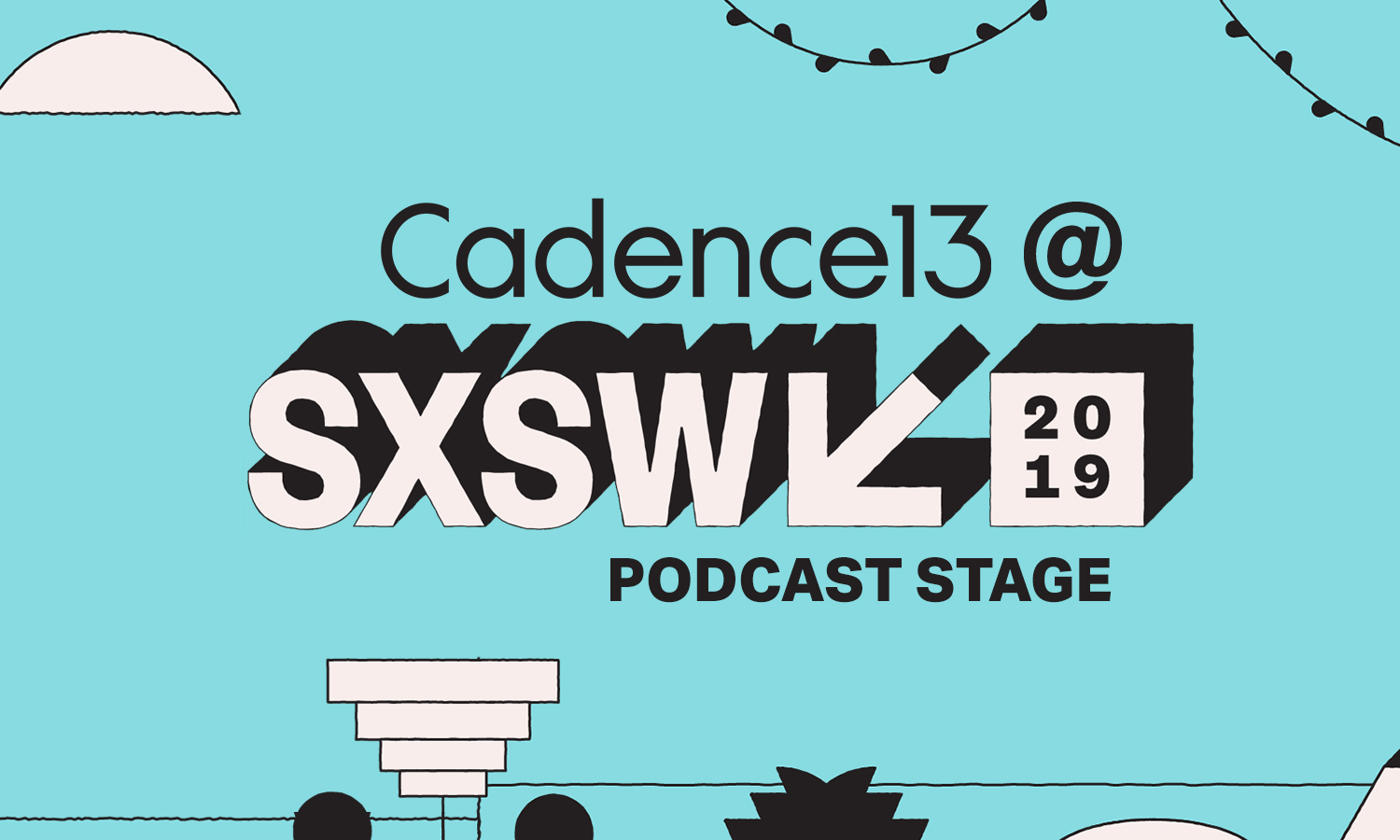 New York, NY (March 8, 2019)–Cadence13, a leading premium podcast company, today announced that it is presenting the SXSW Podcast Stage for 2019 and bringing a wide range of its top podcasts and personalities to the annual festival taking place March 8-17, 2019 in Austin, TX.

The SXSW Podcast Stage presented by Cadence13 will host podcasts across a number of genres—music, film, technology, comedy, politics, and more—recorded in front of a live audience during the SXSW Conference.

Cadence13’s SXSW Podcast Stage lineup will feature notable pairings, previews of upcoming programming, and very special guests from a diverse group of its top personalities and partners, as well as hosts from many other notable and emerging podcasts.

“Cadence13 has many of the strongest, most original and exciting voices in podcasting and we are thrilled to have the opportunity to showcase them at SXSW,” said Chris Corcoran, Chief Content Officer, Cadence13. “The SXSW Podcast stage will be a hub of entertainment, culture, newsmakers and standout personalities.”

The 2019 SXSW Podcast Stage, presented by Cadence13, will originate from the Brazos Room at the JW Marriott in Austin and will feature: