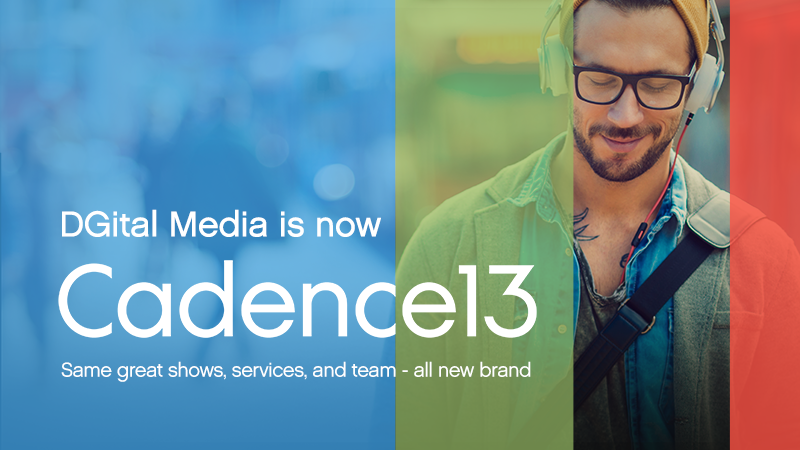 (August 24, 2017) Cadence13, the leading creator of premium, on-demand audio entertainment, today announced new programming and sales leadership team members, a brand integration division, an expanded studio footprint, and a new brand identity. The company, formerly known as DGital Media, continues to grow the team and operations to keep up with the rapid pace of on-demand audio programming and audience growth.

In addition, Nick Freeman joined Cadence13 as EVP of Brand Partnerships. His responsibilities include building and leading the brand integration and sponsorship team that will work alongside and with the company’s sales team to generate additional revenue streams for the company and its partners. This includes building a bridge to web, social, and video. Formerly, Nick was at Fox Sports Digital where he was responsible for the development and execution of the digital ad sales business across all Fox Sports properties, developing the social media sales strategy that included video program development and brand integrations.

“Our new brand identity, Cadence13, reflects our focus on the unique character of our company and our commitment to ensuring that we take a creative approach to making each show successful,” said Spencer Brown, CEO of Cadence13. “As our company continues to grow, our partners and the shows we publish are always our number one priority.”

The company’s new web site can be found at www.cadence13.com.